The 10th anniversary edition of Mister International 2015 was held yesterday, 30 November at the Performing Arts Theater in Resorts World Manila, Philippines. Pedro Mendes from Swiss Confederation (Switzerland), bested other 35 strong contenders from different parts of the world and was named the new Mister International 2015, succeeding Neil Perez of the Philippines who served a remarkable reign.

The top 10 were announced after the swimwear competition of the top 15. The unexpected dropped out of Spain was the saddest announcement during that night. He was favored and expected by many to be part of the topmost finalist. But the unexpected entry of Korea into the top 10 was a very surprising one. Top 10:1. Venezuela 2. Czech Republic 3.Brazil 4.Australia 5.Indonesia 6.Switzerland 7. Panama 8. Korea 9. Puerto Rico 10. Philippines

Countries who made it to the final cut were representatives from Panama (Julian Javier Torres), Czech Republic (Jakub Krauz), Switzerland (Pedro Mendes), Brazil (Anderson Tomazini) and Korea (Ryan Lee). Puerto Rico and Venezuela’s exclusion by switching Korea again was more shocking for me. The questions of the top 5 were asked by the judges. Brazil delivered a sincere and best answer but the captivating Pedro Mendes of Switzerland nailed them all. He also answered the question plain and simple that ‘to be the best they can be’ is what can make a difference as a world leader. Truly, a deserving winner. He completely performed impressively overall!

The 1oth edition of Mister International 2015 pageant overall deserves a raise and applause. The series of events and activities were absolutely well-planned and organized. The best edition so far proven by the undeniably high quality of contestants. All done and  held in appropriate spaces and environment.

The candidates each delivered a quite extraordinary performances during the finals which was held at Resorts World Manila. Mister International pageant remains a standard when it comes to male beauty contest in the world.

On the other hand, i find no answer of Korea’s inclusion. If anyone know, please tell me for a better understanding. For some it’s for business. Others said because of that amazing Korean judge. Or he just so deserving to grabbed suddenly the 2nd Runner up title. What do you think? 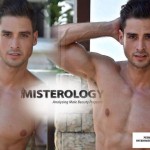 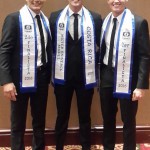