Search
Menu
Search
He will be representing SOUTH AFRICA at the 8th edition of Mr. Gay World™ 2016 in Malta from April 19th-23rd.

The plumes have barely been packed away in Knysna after hosting Mr Gay World™ 2015 and it has just been announced that the town can look forward to having the South African representative to Mr Gay World™ 2017 chosen during Mr Mardi Gras South Africa 2016. This competition forms part of the ever popular Pink Loerie Mardi Gras & Arts Festival hosted in Knysna for the past 15 year.

“After a very successful meeting with all parties involve, a positive outcome was achieved and Oelof de Meyer, Mr Mardi Gras Class of 2013, will be representing South Africa at Mr Gay World™ 2016 in Malta from April 19 – 23,” said an excited Pink Loerie organiser, John-Louis O’Neil.

He added that Grab Corporations, a young and upcoming company that covers all aspects of the fashion industry is a perfect fit for the Mr Gay World™ license. “It has been a long-time dream for the owners of Grab Corporations to create a one-stop platform for all who show an interest in the model and fashion industry. What better way than to be the official SA licence holders for the Mr Gay World™.”

Grab Corporations owners, Vernondo Boshoff and his partner of 16 years, Louis Douglas bring a wealth of experience to the table. The duos involvement in fashion, runway, corporate and commercial photography, gives them the perfect background to spot a winner when they see one. “My greatest talents are the ability to mix with any person and to get nervous subjects to relax in front of the camera. This way I really get to see the real person behind the persona. This skill is definitely one that will come in useful while looking for the best South African LGBTI [Lesbian, Gay Bi-sexual, Transsexual and Intergender] delegate to send to Mr Gay World™,” said Boshoff.

Douglas feels strongly that the words “Beauty Pageant” must no longer be associated with Mr Mardi Gras South Africa. “The winner will not only be judged on his looks and physique, but more importantly his ability to become a relevant ambassador for all LGBTIs and a crusader of their rights across the world,” said Douglas.

The Pink Loerie Mardi Gras & Arts Festival kicks off in Knysna on April 27 until May 1. “This year we celebrate our 16th birthday so festival participants can expect the unexpected,” smiled O’Neil.

Mr Mardi Gras South Africa will take place on April 29 at the Knysna Mall Exhibition Area, the same venue that hosted the glitzy Mr Gay World™ 2015 and will co-inside with Miss Mardi Gras 2016 and Madame Wigstock 2016 to ensure a great event and evening.

Coenie Kukkuk, Mr. Gay World™ Director for Africa and the Middle East said: “We know the organisers of the local event as well as their chosen delegate well and are pleased with the results. They bring years of experience to the event and this can only be an asset for the region at the Mr. Gay World™ finals in Malta in April 2016”.

Eric Butter from Australia, President of Mr Gay World™ said in Sydney: “On behalf of the MR GAY WORLD™ Organisation, we bid a warm welcome to Oelof de Meyer, the Mr Mardi Gras South Africa Delegate, to Malta, our 8th edition. We‘ve had a remarkable year.

Our annual event gives us a chance to get together, create a safe and fun environment to share our stories. This will inspire us and will unite us in our life experience. Also, we come together to create a platform to celebrate that we all have an important role in our community. We can all influence on justice, acceptance and tolerance, in doing so we can all make our world a better and more colourful place.

To all the contestants entering this year, good luck! Let us all celebrate our accomplishments!”

Knysna & Partners (previously Knysna Tourism) CEO Greg Vogt congratulated the new licence holders and said: “Knysna has become known for its welcoming attitude towards diversity and are thrilled to have the deciding event for the South African Mr Gay World delegate chosen right here in our town. This sends out a clear message to the world that Knysna is the Pink Town of South Africa’s. Congratulations to Grab Corporation and Pink Loerie organisers for obtaining the licence.” 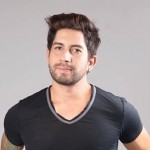 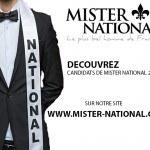