Suraj Dahiya from the national capital city of New Delhi recently won India’s biggest pageant for men, the Audi Goa Rubaru Mr India 2018 pageant held on March 10, 2018 at Las Olas Hotel in Baga, Goa. The pageant was organized by the Rubaru Group and Audi Goa was the title sponsor for this year’s Rubaru Mr India pageant. Apart from winning this prestigious title, Suraj was also presented with an Audi Q3 car.

Suraj is a model by profession and stands 6 foot and 1 inch tall. This 23 year-old charming gentleman holds a degree in computer science and has black hair and dark brown eyes. Apart from being a model, he is also a certified fitness trainer and health expert. Suraj is often cited as one of the best looking male models hailing from North India. He was one of the crowd favourite candidates during the pageant and got noticed for his extremely good-looking face and his perfectly sculpted Greek-God like physique. He is also one of the most photogenic winners of the Rubaru Mr India contest.

In coming months, Suraj will be seen representing India at an international modelling competition. He will also spend the next 12 months attending various fashion and social events.

This was the fifteenth edition of the Rubaru Mr India pageant. On this special occasion, the organizers decided to make the event the most lavish and celebrated one in the pageant’s history. It was for the very first time that the pageant moved to Goa. The Rubaru Group joined hands with Audi Goa as the title sponsor for the event. The pageant commenced on March 7, 2018 at La Vida Residency Suites which was the hospitality partner for this grand event. The Bina Pujani Hair studio performed a special role for this year’s event. They made the 26 already strikingly and effortlessly handsome candidates look even more charming and breath-taking as they did all their makeover and hair during the pageant. The talent round of the pageant took place at the Hope Orphanage in Goa. The candidates performed in front of the little ones and they played a crucial role in determining the eventual winner for that round. Hope Orphanage was also the cause partner for the pageant. Apart from that, the candidates also took part in some charitable activities there. The candidates were seen in exquisite Seema Mehta creations during the preliminary rounds and the grand finale of the event as she was the official wardrobe partner for this year’s Rubaru Mr India pageant. Popular surgeon and celebrity doctor, Dr. Amod Rao was the skin care and wellness expert and conducted a special session with the candidates regarding skin care and nutrition. Wave’s Gym and Norbert were the fitness partner for this year’s pageant and Travel Home was the official transportation partner for the 15th Rubaru Mr India pageant. The candidates were mentored and groomed by two former Rubaru Mr India winners, Akash Chouhary and Siddesh Juvekar. The pageant was covered by The Neutral View, as the official media partner for the event.

The responsibility of electing the new winner was given to some of the well-known people from the fashion and showbiz industry. They were,
1. Actor, model, reality TV celebrity and Rubaru Mr India 2016, Akash Choudhary. He was also the show director for the pageant.
2. Famous model, celebrity fashion consultant and Rubaru Mr India International 2017, Darasing Khurana.
3. The vice president of the Rubaru Mr India Organization, Pankaj Kharbanda
4. The owner and the founder of the pageant portal and online magazine, Missosology, Pawee Ventura from the Philippines
5. Ace celebrity designer and the founder of the Seema Mehta – Label of Luxury, Seema Mehta
6. Famous aesthetic surgeon and celebrity doctor, Dr Aamod Rao.
7. Famous model and the winner of India’s Next Top Model (Season 3), Riya Subodh.
8. Famous fashion designer and reality TV celebrity, Rohit Verma. 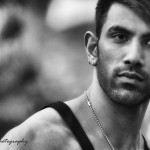 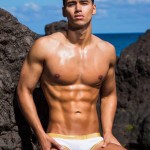