Search
Menu
Search
Soon, he will fly to Thailand to represent India at the Mister National Universe 2018 competition.

Farhan Qureshi, the winner of Audi Goa Rubaru Mr India National Universe 2018 title is all set to represent India at the Mister National Universe 2018 international pageant to take place from June 13, 2018 to June 19, 2018 in the land of beautiful smiles, Thailand. The grand finale of the pageant is slated to take place on June 18, 2018 at Holiday Inn Resort, Vana Nava Hua Hin in Thailand.

Farhan hails from the city of Bhopal. He holds a bachelor’s degree in commerce and is a model and actor by profession. This very good-looking Indian gentleman stands 6 foot and 1 inch tall and has black hair and dark brown eyes. He describes himself as a very positive and optimistic person and always looks at the brighter side of the things. He says every day offers us numerous opportunities to grow more and become a better person than we were yesterday. Farhan is also regarded as one of the most handsome and good-looking men hailing from the state of Madhya Pradesh.

The responsibility of electing the new Mister India National Universe was given to some of the well-known people from the fashion and showbiz industry. They were,
1. Actor, model, reality TV celebrity and Rubaru Mr India 2016, Akash Choudhary. He was also the show director for the pageant.
2. Famous model, celebrity fashion consultant and Rubaru Mr India International 2017, Darasing Khurana.
3. The vice president of the Rubaru Mr India Organization, Pankaj Kharbanda
4. Pageant expert, editor, columnist and consultant, Pawee Ventura from the Philippines
5. Ace celebrity designer and the founder of the Seema Mehta – Label of Luxury, Seema Mehta
6. Famous aesthetic surgeon and celebrity doctor, Dr Aamod Rao.
7. Famous model and the winner of India’s Next Top Model (Season 3), Riya Subodh.
8. Famous fashion designer and reality TV celebrity, Rohit Verma. 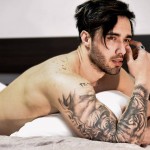 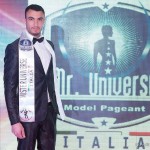