Luis Daniel Galvez comes from Habana, Cuba. He was named Mister Supranational Cuba 2022. At 18 years of age he took the decision of leaving all behind and to start a new life in Mexico where he worked as a model for 4 years.

After an earthquake that happend in 2017 and he almost loses his life and he took the decision to start again in United States for the second time as an immigrant where he worked in construction, bartending, register behavior technician doing therapy to children with autism and currently owing an Insurance Agency. In his free time he loves to spend time with his brother and nephew going outside in nature, read, do exercise.

He is passionate about the idea that love and empathy is the base of every single step that you take in life, that being successful is measure in your habits of serve others. He is currently an embassador for a non profit organization called Youth Co-op were he has the opportunity of helping other immigrants like him, providing them with access to study, clothes, food and guidance. 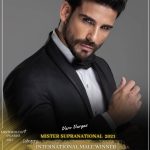 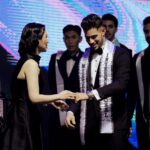