Rubaru Mr India 2016, Anurag Fageriya will represent India at the Mister Model International Pageant 2016 to be held from 12 November to 21 November 2016 in National Capital Region (NCR) in India with the grand finale to be held on 20 November 2016.

Anurag Fageriya was awarded with the title of Mister Model International India 2016 at the grand finale of Rubaru Mr India 2016 pageant held on 24 April 2016 at the Anya Hotel in Gurugram. Thus, giving him the right to represent India at the prestigious Mister Model International Pageant 2016. The Rubaru Mr India contest is an annual male pageant in India, produced by the Rubaru Group under the leadership of Sandeep Kumar.

Anurag hails from Indian state of Rajasthan. He completed his schooling from Rajasthan Senior Secondary School and graduated with a Bachelor’s degree in Arts from the Sri Venkateswara College of University of Delhi. A model by profession, this charming gentleman stands 6’2” and has brown hair and brown eyes.

Now he is all set to make his nation proud at the extravagant Mister Model International Pageant 2016. This prestigious international pageant for men has its headquarters in the United States and is produced by TIM Management Group headed by Luis Trujillo. This year the pageant will be celebrating its fourth anniversary and it is for the first time that the pageant is taking place in Asia and the Rubaru Group are serving as the host for the event in India . Anurag will be taking the legacy forward which was created in 2014 by a former Rubaru Mr India, Pratik Virk, who marked India’s debut at the said international pageant in 2014 and placed as fourth runner up. This November is going to be very exciting and glamorous month for India as more than 40 of the most talented and best looking men from all over the world will be visiting the nation to vie for the coveted title of Mister Model International 2016. 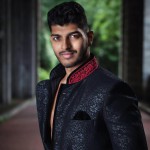 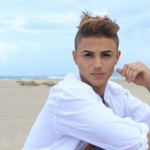