Search
Menu
Search
Sandeep Kumar with the winners of Rubaru Mister India 2016 at the Anya Hotel.

Indian pageant industry is regarded as one of the most well-established pageant industries in the world. The Indian pageant fraternity has produced several personalities who have made the nation proud by making Indian shine at the international arena. Recently, the industry was joined someone who took the Indian pageantry to a whole new level. He is the person who totally changed the face of Indian pageantry and brought laurels and pride to country. Yes, we are talking about Sandeep Kumar, the owner of Rubaru Group that produces Rubaru Mister India and Rubaru Miss India Elite pageants.

Sandeep Kumar became the first Indian to win the award for Best National Director and that not only once but twice. He was declared Best National Director of the year at the prestigious Mister Model International Pageant 2014 held in Dominica Republic and the second time he was awarded with this prestigious title at the world’s most renowned model search contest, Supermodel International held in Korea.

He recently created history by bringing the Mister Model International Pageant to the Asian continent for the very first time. The international extravaganza took place on 20 November 2016 in the city of Rohtak and was won by Thailand’s Narapat Sakunsong. In the same year earlier, he also brought Supermodel International to India and the event took place at Kingdom of Dreams and was won by Malaysia’s Josephine Tan. It was also for the first time In the Indian history that two of the most prestigious and well-established modelling events took place in India in the same year and was hosted by the same organization.

Apart from being an entrepreneur, Kumar also serves as the mentor and groomer of the Rubaru winners. He is also a painter and social activist. He has organized several rallies and campaigns for women empowerment and other social causes. He is an alumnus of Maharshi Dayanand University and has been organizing the Rubaru pageants since 2005. Certainly, Kumar is one of the most influential and versatile personalities ever to get associated with the Indian pageantry. 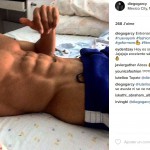 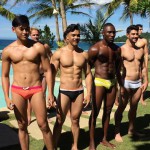