Rubaru Mister India pageant is regarded as the biggest and most prestigious annual male pageant for men in India. The pageant has created history several times and has given multiple history makers to the world. Now the organization is all set to create history once again by allowing differently abled men to be a part of their upcoming edition scheduled to take place in the year 2019.

Yes, in 2019 Rubaru Mister India contest there is going to be a special segment for differently abled participants. Along with models from all over the nation competing for the title of Rubaru Mister India, there will also be a special category for differently abled men in the show. They will have a different set of pre-pageant activities and will be judged in various different segments. The most deserving of them all will be awarded with a special award at the conclusion of the competition along with the election of the new winner.

As per the organization, the sixteenth edition of Rubaru Mister India pageant will take place in the month of March in Mumbai however no final date or venue has been announced by the Rubaru Group yet. The pageant that extravagantly celebrated its fifteenth anniversary this year (2018) in Goa, is planning to make the upcoming event even bigger and better.

Rubaru Mister India is the most renowned and oldest surviving annual male pageant in India. It was created by Rubaru Group, headed by its president and CEO, Sandeep Kumar in the year 2004. The pageant has been happening annually since its inception. Rubaru Group, the parent organization of Rubaru Mister India pageant is regarded as one of the most successful pageant organizations in the South Asian region. The pageant is the producer of five (5) beauty pageants and modelling competitions that include Rubaru Mister India, Rubaru Miss India Elite, Rubaru Mr and Miss Junior India, Miss Supermodel Worldwide and Mister Model Worldwide. Apart from organizing beauty pageants and model hunt events, Rubaru Group also organizes various fashions carnivals. The organization has also hosted some of the most well-known international beauty pageants and model search competitions in India.

Over the years, the Rubaru Mister India competition has produced several notable titleholders who have brought laurels and pride to the world’s largest democracy, India. 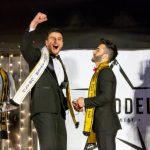 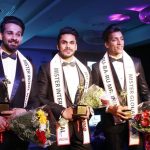