S. Bakhirathan belongs to the capital of Tamil Nadu, Chennai. He holds a degree in dental surgery from SRM University and is a certified dentist. Apart from being a dentist, he is also a freelance model, fitness consultant and athlete. He is the second candidate from medical background to win Rubaru title, first being, Dr Pankaj Ahlawat, Rubaru Mr India 2017. He stands 5 ft and 11 inches tall and has black hair and brown-black eyes. South India has always produced some of the best Mr India titleholders and now this 24 year-old very good-looking Indian gentleman has his name in that golden list. At the pageant, he got attention for his very confident and dynamic personality and remarkable intellect. His on-stage presentation was one of the best at this year’s Mr India pageant. His areas of interest include hiking, music, exploring new places and weight lifting. 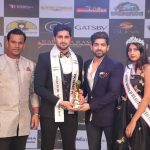 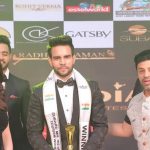