Prateek Baid, the winner of Rubaru Mister India 2016 pageant caused a stir in Indian modelling industry after he won the Best Model award at Mister Global 2016 pageant held in Thailand. This was the first time an Indian representative won this prestigious award at an international pageant for men.

An automobile engineer, actor and model by profession, Baid hails from the Indian state of Rajasthan. He went to Central Academy Bikaner School and completed his degree in mechanical engineering from E.C.B. Engineering College, Bikaner. During his college days he started modelling.

Standing at a towering height of 6 foot and 3 inches, Baid grabbed eyeballs for his well- built physique and very attractive facial features. It is totally impossible to ignore those mesmerizing brown eyes, those perfectly uplifted cheek bones and that well chiselled jaw. To add more to this perfect package, this gentleman can make you instantly fall in love with him by merely just smiling at you. In 2015, he won India’s first model search contest by a mall, Glam Icon contest organized by Phoenix Marketcity held in Kurla, Mumbai.

In the year 2016, he won India’s most prestigious male pageant, the Rubaru Mister India pageant, organized by Rubaru Group owned by Sandeep Kumar. Apart from winning the main title, Baid also won the Best Model award at the Rubaru pageant held on April 24, 2016 at Anya Hotel in Gurugram, India. The main responsibility that came with the Rubaru Mister India 2016 title was to represent India the extravagant Mister Global 2016 contest. The international extravaganza happened on 6 May 2016 at Central Plaza in Chiang Mai, Thailand. At the grand finale of the pageant, Baid was declared the winner in the Best Model category of the pageant. This gave him a dual victory and made him the first ever model of Indian origin to have this achievement.

Apart from being a model, Baid is an automobile engineer and also a very talented actor and has appeared in popular Indian Television series, Tashan-e-Ishq and Maharakshak: Devi. Certainly, this very good looking hombre is a perfect Mister India and one of the most versatile personalities ever to enter the world of pageants. 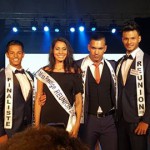 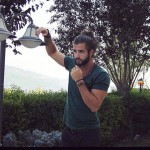