Narapat Sakunsong of Thailand was declared the winner of the fourth edition of Mister Model International Pageant held on 20 November 2016 at Tagore Auditorium of Maharshi Dayanand University in Haryana, India. t the coronation gala, previous year’s winner, Melvin Roman of Puerto Rico passed on his title to his successor from Thailand.

Mister Model International Pageant (abbreviated as MMIP) is an annual international pageant produced by TIM Management Group under the leadership of Luis Trujillo. The event was hosted by Rubaru Group, headed by Sandeep Kumar. During their visit to India the delegates and the organisers stayed at the Anya Hotel in Gurugram (previously Gurgaon).

Narapat Sakunsong created history as he became the first ever Asian and Thai representative to win the prestigious Mister Model International Pageant. The twenty six (26) year-old gentleman from Thailand is an alumnus of the University of Thai Chamber of Commerce and works as a model. Mister National Thailand is the organization that holds the rights to send Thailand’s representatives to Mister Model International Pageant.

The interesting fact about this year’s edition was, it was the first time that the pageant took place in Asia (India) and it was also the first time an Asian delegate (Thailand) won the prestigious title.

We, at Misterology would like to congratulate all these wonderful gentlemen for their amazing achievement and would like to wish them all the very best for their future endeavours. 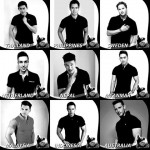 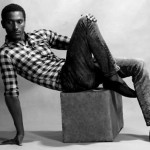