India’s representative for the world’s biggest and most prestigious international pageant for men, the Mister International pageant has been elected. Twenty two (22)-year-old model and actor, Balaji Murugadoss from the Indian state of Tamil Nadu has been proclaimed as the most handsome man of the Indian nation at the nation’s foremost and oldest surviving annual male pageant, the Rubaru Mr India pageant. He was awarded with the title of Audi Goa Rubaru Mr India International 2018 at the grand finale of this extravagant event concluded on March 10, 2018 in at Las Olas Hotel in Goa. Thus, giving him the rights to represent India at the upcoming edition of the prestigious Mister International competition. The pageant was organized by Rubaru Group and Audi Goa was the title sponsor for this  year’s Rubaru Mr India pageant. He is the very first Mr India winner from Tamil Nadu. He succeeded last year’s winner, Darasing Khurana, Rubaru Mr India International 2017

Balaji hails from Chennai, the capital of Tamil Nadu. He holds a degree in computer science from the SRM University and is a model and actor by profession. He stands 6 foot tall and has black hair and dark brown eyes. He was one of the crowd favourite candidates to win the Rubaru Mr India pageant this year. He got noticed for his very tall and perfectly well-toned Greek God like physique and extremely magnificent and charming face. He is often cited as one of the most handsome and best looking men hailing from the South of India. Soon, he will be seen representing India at the thirteenth edition of Mister International competition scheduled to take place in coming months. Apart from that, he will also spend the next 12 months attending various fashion and social events.

The responsibility of electing the new winner was given to some of the well-known people from the fashion and showbiz industry. They were,
1. Actor, model, reality TV celebrity and Rubaru Mr India 2016, Akash Choudhary. He was also the show director for the pageant.
2. Famous model, celebrity fashion consultant and Rubaru Mr India International 2017, Darasing Khurana.
3. The vice president of the Rubaru Mr India Organization, Pankaj Kharbanda
4. The owner and the founder of the world’s biggest pageant portal and online magazine, Missosology, Pawee Ventura from the Philippines
5. Ace celebrity designer and the founder of the Seema Mehta – Label of Luxury, Seema Mehta
6. Famous aesthetic surgeon and celebrity doctor, Dr Aamod Rao.
7. Famous model and the winner of India’s Next Top Model (Season 3), Riya Subodh.
8. Famous fashion designer and reality TV celebrity, Rohit Verma. 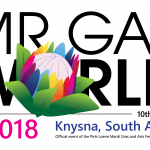 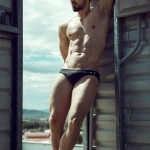