The Indian modelling industry is regarded as one of the most well-established modelling industries in the world. It has produced various models who have achieved international stardom and have made a mark for themselves not only at national level but their talent and hard work have also been recognized, appreciated and awarded at various international arenas as well. Some of them have made significant contributions to this fascinating world of glitz and glamour in India and have helped in making its presence felt at the world stage. One such person do so is Prateek Baid.

Prateek Baid is the first and the only Indian model and Mister India titleholder till date who has been awarded with the prestigious title of Best International Model of the year. He won this notable award at an international pageant and fashion festival happened in Thailand in the year 2016. Interestingly, this was not the first time Prateek won the award in Best Model category at an event. Prior to winning this prestigious award in Thailand, he was also named the Best Model of the Year at Rubaru Mister India 2016 pageant held in Gurugram that he also won eventually. Thus, giving him a dual back to back victory in the same year. Prateek also holds the record of being the only Indian model to win the award in Best Model category twice in the same year. It would not be incorrect to say, “One simply cannot win the best model award twice in a year unless he is Prateek Baid”.

Standing at a towering height of 6 feet and 3 inches, Prateek is one of the tallest Mister India winners in the history. He got noticed for his exceptionally well built Greek-God like physique and his perfectly well chiselled face with magnificent jawline and appropriately uplifted cheekbones. The most attractive superficial quality of his Indian hombre is his hypnotic and spell-bounding brown eyes. Perhaps, he has one of the most beautiful eyes when it comes to models hailing from India. He is also regarded as one of the sexiest Mister India winners of all time.

Born in Bikaner, a city in the Indian state of Rajasthan, Prateek took up modelling while he was studying Mechanical engineering at E.C.B Engineering College in Bikaner. A career that led his way to the annual model hunt contest Glam Icon by Phoenix Market City in the year 2015 that he won eventually and later he walked the runway at various fashion shows. In the year 2016, he won the nation’s biggest and oldest surviving annual male pageant, the Rubaru Mister India 2016 pageant held in Gurugram and represented India at an international modelling competition in Thailand where he was awarded with the Best International Model of the year award outshining models from more than 30 countries.

Apart from being a model, he is also an automobile engineer. Perhaps, he is the most handsome automobile engineer of Indian origin. He has walked the runway at various national and international fashion weeks like Amazon India Fashion Week, Lakme Fashion Week, French European India Fashion Week and the Wool Mark Company show to name a few. He has appeared in a series of television commercials and has also done numerous catalogue shoots. His on-camera roles does not end here, this very versatile Indian gentleman is also an actor and has appeared in television shows like Maharakshak Devi and Tashan-E-Ishq. Indeed, he is one of the very few models in India who have achieved these kinds of honours and awards and have excelled in various sectors on this scintillating and lucrative world of showbiz. 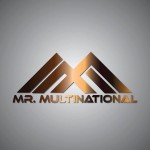 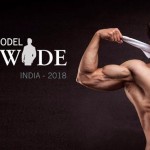