India’s biggest and most prestigious annual pageant and model hunt show for men is back with yet another exciting and glamorous edition to take place in the year 2019. The search for the new Rubaru Mister India titleholder has already begun. Dates and venues for some state auditions have already been announced by the Rubaru Group and the remaining will be announced in coming weeks. The candidates finalized from these state/ zone auditions will advance to the next level and compete at the national finale scheduled to take place in 2019.

The pageant that extravagantly celebrated its fifteenth anniversary this year (2018) in Goa, is planning to make the upcoming event even bigger and better. The city of dreams, Mumbai is being taken under consideration to host the 2019 Rubaru Mister India pageant in the month of March however no official announcement regarding the venue or date for the event has been made by the Rubaru Group.

The candidates shortlisted from different state / zone auditions will participate in the national level finale show to take place in 2019. At the national pageant, they will further get judged on various parameters like confidence, personality, fitness, on-stage presentation, runway skills and communications skills to a name few. They will take part in a series of preliminary events like ethnic wear round, physique round, individual interviews etc. They will also appear for multiple photoshoots and fashion shows. These pre-finale activities and events will help in the election of the new winner.

The most deserving and best performing candidates will get felicitated at the grand finale of the pageant and will get the golden opportunity of representing India at various prestigious and well-established international male pageants and modelling competitions like Mister International, Mister Model Worldwide, Mister United Continents, Mister Model International Pageant, Mister National Tourism, Mister Tourism World etc.

This all new season of Rubaru Mister India pageant has also introduced a very special segment in the event that will allow differently abled men to take part in the upcoming edition of the pageant. They will have a different set of pre-finale activities and the best performing participant throughout the event will be awarded with a special award at the conclusion of the event.

Rubaru Mister India is the oldest surviving annual male pageant in India. The pageant is regarded as one of the most successful male pageants in India as well as South Asia. It was created by Rubaru Group in the year 2004 in the North Indian state of Haryana. Rubaru Group, is a pageant organization and NGO based in Haryana. It was established by Indian painter and entrepreneur, Sandeep Kumar in the year 2004. The organization, Rubaru Group is one of the most well-established pageant organizations in Asia. It is the producer of five (5) beauty pageants and modelling competitions that include Rubaru Mister India, Rubaru Miss India Elite, Rubaru Mr & Miss Junior India, Miss Supermodel Worldwide and Mister Model Worldwide.

Over the years, the Rubaru Mister India pageant has produced several notable titleholders who have excelled in various different fields like arts, theatre, showbiz, reality TV, politics, fashion, medicine, technology and entertainment to name a few. The winners and finalists this prestigious male model hunt event and beauty pageant has brought laurels and pride to the world’s largest democracy, India on numerous occasions.

Keep following Misterology for instant updates on the biggest and most prestigious male pageant of the world’s largest democracy, India. 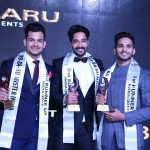 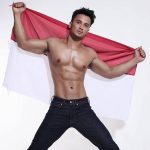