Jatin Taneja belongs to the city of Surat and is currently based in Mumbai. He is 23 years old and holds a bachelor’s degree in software engineering and technology from Parul Institute of Engineering and Technology. He is a software engineer and model by profession. He stands 5 ft and 11 inches tall and has black hair and brown eyes. He had one of the best physiques at this year’s Mr India pageant. His tall, perfectly-sculpted and well-toned body won him massive appreciation at the pageant. Apart from that, it was his intellect, charisma, confidence and very versatile personality that put him apart from the rest. 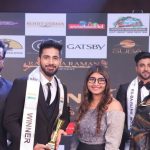 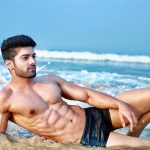