Mister India 2018, Balaji Murugadoss has already left for the Philippines to represent India at the thirteenth edition of the prestigious Mister International contest. The grand finale of this renowned international pageant for men is scheduled to take place on February 24, 2019 at One Espalande in Metro Manila, Philippines. At the conclusion of the pageant, the current winner of Mister International pageant, Seung Hwan Lee from South Korea will pass on his title to his successor.

Balaji Murugadoss from Tamil Nadu won the fifteenth edition of Mister India contest held on March 10, 2018 at Las Olas resort in Goa. The pageant was organized by Rubaru Group and Audi Goa was the title sponsor for the pageant. Winning, the Mister India title bestowed Balaji with the golden opportunity to represent India at the Mister International pageant. 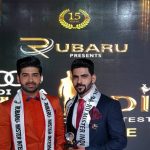 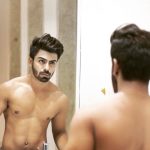