Sagar belongs to the city of dreams, Mumbai. He stands 5 ft and 11 inches tall and has black hair and black eyes. This 26-year-old very dashing Indian gentleman holds a master’s degree in business administration and is an event planner and décor expert by profession. He is also a freelance model. At the pageant, Sagar had one of the best physiques. His tall and extremely well-sculpted physique made him shine in the crowd. Apart from that, it was his confidence, very dynamic and versatile personality, charm and stellar looks that helped him win the title. This highly qualified young man always made numerous heads turn whenever he walked down the runway at the Mr. India pageant. Sagar exuded great confidence and vibrant persona every time he stepped on the ramp. He turned out to be the perfect representation of a 21st century gentleman who is academically driven, confident, chivalrous and debonair. 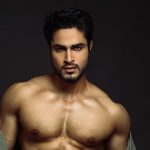 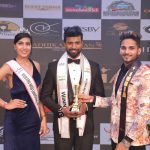