Rishabh Kumar Chaudhary hailing from the national capital city of New Delhi will represent India at the upcoming edition of Mister Global contest to take place on September 26, 2019 in Thailand. The closing ceremony and world finale of this international fashion festival is set to take place in the exotic city of Bangkok.

A student of English Literature and Communication at the University of Delhi, Rishabh is a model and boxer by profession. He is 20 years old and lives in New Delhi. He stands 6 ft and 1 inch tall and has light brown hair and brown eyes. Earlier this year, he was elected Rubaru Mr India Global 2019 at the national final event of Rubaru Mr India 2019 pageant took place on April 30, 2019 at Sea Princess hotel in Mumbai. Winning this prestigious title awarded Rishabh with the rights to represent India at this year’s Mister Global contest.

Rishabh was one of the major front-runners and crowd-favourite candidates at this year’s Rubaru Mr India contest. He got noticed for his exceptionally attractive and appealing superficial qualities that included his very beautiful and hypnotic eyes, Greek-God like physique and extremely handsome and charming face. His very endearing face with perfectly chiselled jawline and appropriately uplifted cheekbones was one of his greatest strengths and made him shine at the event. He had also won Mr Delhi 2017 contest prior to winning the Rubaru Mr India 2019 pageant.

Mister Global competition is one of the biggest and most respected international modelling competitions for men. It is run by Mister Global Co. Ltd. owned by Thai entrepreneur, philanthropist and businessman, Pradit Pradinunt. This year’s Mister Global competition will commence in the first week of September. This 2 to 3 week-long international extravaganza of fashion and glamour will be attended by models from different parts of the world. During the competition, the candidates will take part in a series of photoshoots, fashion shows and preliminary challenges. They will get judged on various parameters like confidence, talent, runway skills, personality and presentation to name a few. The best performing delegate will get proclaimed as this year’s winner of the Mister Global contest. Along with election of the new winner, various other special award winners and runners up will also get awarded at the world finale of the pageant.

We, at Misterology would like to wish all the very best to Rubaru Mr. India, Rishabh Chaudhary for the upcoming international pageant and also for his future endeavours. 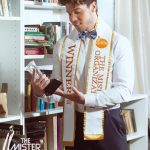 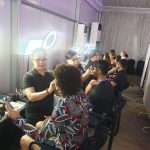