Bangkok – July 18, 2014 – Pradit Pradinunt, President of the Mister Global Organization, announced today that the 2nd MISTER GLOBAL Pageant will be held in Bangkok, Thailand on March 24, 2015.

“I am very pleased to announce that we are hosting the MISTER GLOBAL Pageant once again,” said Pradinunt. “Thailand had staged our inaugural pageant last year and given our contestants its warm hospitality. I am very happy to have the MISTER GLOBAL Pageant be part of this generosity again. More than 30 contestants from all over the globe will arrive in Bangkok on March 16, 2015 to attend pre-pageant events that include the election of Best Talent, Mister Friendship, Mister Photogenic, Media Presentation, Local Sightseeing and Conservation of Our Environment Program.”

During the actual competition rounds, the 2015 MISTER GLOBAL Pageant contestants will be judged in three categories: swimwear, evening wear and interview, as they vie for the title of MISTER GLOBAL 2015.

Burmese Marco Victor, MISTER GLOBAL 2014, will crown his successor at the conclusion of the pageant. 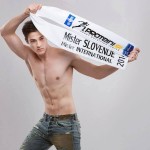 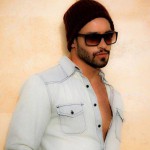