To all Stakeholders, supporting Mister Universal Ambassador, The National Director, Sponsor, and the Public Observer of Pageant Worldwide

Mister Universal Ambassador is International Male Pageant owned by Indonesian. Indonesia is a big country, we also want male pageant belongs to Indonesia can be as big as Indonesia. To make this great male pageant, our focus is not just Swimwear Competition or Formal Wear Competition, but once had a Winner, what will he do ?.

We are grateful for the support of many parties, Mister Universal Ambassador 2015 can be presented. The title holder, Christian Daniel also has a lot of activities directly after he got the title. Christian has conducted social action in Singaraja, invited to be the jury a large company for Brand Ambassador Competition in Thailand, and later for photoshoot for a magazine.

The Succes of the pageant period and density of winner acitivities made other parties likes and dislikes. But we are aware that success will indeed be a package with two Feedback. Our focus is only one, seeing the Mister Universal Ambassador winner as someone who often appeared in public either for social and employment aspects.

Christian schedule in Thailand in fact is 21 to 23 November 2015. However, due to medical problems (pain), We cancelled the flight to Puerto Rico and We took him our my partner, Ms. Tanya who is the owner of Thai Magazine. While waiting for Chris healthier and We had to rearrange flights to Puerto Rico, Ms. Tanya prepared all accommodations for Christian. We scheduled him to return to Puerto Rico on November 25 but again We cancelled as he got an offer for a photoshoot in the magazine for resort rubric and his conditions was very fit. Chris eventually follow that Photoshoot along with Thailand transgender models and Daham Diaz, Mister Global Teen 2015.

Related photos, which circulated widely today are regarded as scandalous, cyber team and our lawyers have done the analysis. Here there is a suspicion that a great conspiracy to bring down the good name of Universal Mister Ambassador. We have requested information from the Christian, Daham Diaz, Model, Make UP Artist, and Ms. Asked himself. From their information, it was FUN selfie photo conducted by Christian, Model, and Daham after Swimwear Photoshoot for magazines resort. On their photo location, there are many teams consist of cameraman, makeup artist and Ms. Tanya. There was no sexual activity as alleged a number of parties who are not responsible.

Our discussion today with the team Lawyer are:

1. After they took photo selfie, then Why admin “MISSOSOLOGY MALE SECTION” page made the publication that Daham Diaz was dismissed from his position as Mister Global Teen 2015, while Mister Global Organization was yet release any statement? there was a link on that publication and if you click on it, you will find that edited selfie photos (seems like naked)

2. where did Missosology Admin know if Daham dismissed while no official
statement from Mister Global Organization?

3. Why Mister the Global Organization does not make any statement and as though enjoy it with this condition?

4. Why admin “MISSOSOLOGY MALE SECTION” deleted comments Carima Mlbs account, one of photoshoot crew who tried to give clarification on the photo?

According to the analysis, the issue of Daham dethronement is only led news that everyone will try to ask the reason behind that dethronement. Conspirator try to make public opinion that the dethronement is triggered by that photo than why we dont make the same decision to Mister Universal Ambassador. We always analyze “things” with the team as a whole, we do not want hasty in making decisions. And we expect the Pageant portal is not presumptuous to make an announcement when the organization has not revelaed any official announcement yet

Given this alleged conspiracy, and based on information from all sides, we deem this issue clear. It is simply an act to drop the name Mister Universal Ambassador 2015 who now has a lot of activity both in terms of social and entertainment.

Our thanks to all parties for the attention given to Mister Universal Ambassador who currently doing his very first International duty to Thailand. 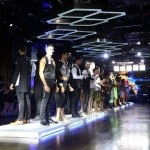 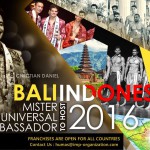