Things are going great for Mister Universal Ambassador! Now on its third year, the 2017 edition will be held outside of Indonesia, the pageant homebase. The host for this edition will Dallas, Texas!

Here is the official statement from the IMP organization:

2017 marks the 3rd anniversary of the competition, which began several years ago as a “promotional event” to increase tourism and economic initiatives in Indonesia. The event will boldly travel to the shores of the USA to display one of the most culturally diverse parades of talent, intelligence and fitness. As one of the most challenging and sought after competitions for men, the worldwide broadcast will unify the competitors as they vie for the coveted title.

Dallas is home to a diverse set of experiences perfect for anyone! With 12,000 delicious places to eat, 4.6 million people to meet, 77,000 places to stay for any budget and 2,200 daily flights it is no wonder they say, “Big things happen here!” Boasting the largest contiguous urban arts district in the nation, Dallas offers World Class exhibits and experiences for culture lovers.
Konjo International, a USA based company who specializes in Fashion and Beauty special events will serve as the Host Committee and producer. Their plans include presenting some of the top International Male Fashion Designers and unveiling the Mister Universal Ambassador delegates to some of the most important talent agents in the world! Expect full details on the Host Resort and the location, date & time of the Grand Final coming soon!
In addition, we also made deals that India will host the 2018 edition, while Thailand will be ready to welcome us in 2019. 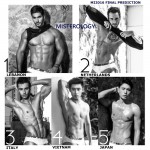 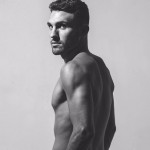