Search
Menu
Search
He is 26 years old and is a training manager and a model by profession.

Srikant Dwivedi was announced the winner of Rubaru Mr India 2017 contest held on 25 February 2017 at the Royal Castle in Gurugram in India. He was awarded with the title of Mister Global India 2017 at the glitzy evening and will now represent India internationally, at the Mister Global 2017 contest scheduled to take place on 20 May 2017 in Chiang Mai city in Thailand.

Srikant is 26 years old and hails from the city of Sonebhadra in the Indian state of Uttar Pradesh. He holds a bachelor’s degree in commerce from the University of Delhi and is currently pursuing his master’s degree in business administration. This highly qualified gentleman works as a training manager at the Le Meridien and is a part-time model as well. He describes himself as an avid traveller and likes to explore new places. Apart from this, he enjoys various outdoor sports like river rafting and bungee jumping. This extremely good-looking Indian gentleman has a nerdy side as well. He likes to spend quite time alone in his room and read novels.

Srikant became an instant sensation in India after winning the most prestigious competition of the country, Rubaru Mr India contest. He grabbed attention for his extremely well-toned, Greek-God like physique, his stunning face and those hypnotic black eyes. Talking about his achievement, Srikant quoted, “I’m so happy and honoured to have won India’s biggest male pageant and ready to begin my new journey. I feel truly blessed and honoured that I the got opportunity to represent India internationally at the prestigious Mister Global pageant in Thailand. I would try my best to make my country proud and really looking forward to meet all my new friends from different parts of the world and have a wonderful time in Thailand”.

Mister Global is one of the most respected and biggest international competitions for men in world. It is run by Pradinunt Production Limited headed by Pradit Pradinunt of Thailand. In India, the Rubar Mr India contest holds the rights to selected India’s representative to this prominent international event. The Rubaru Mr India contest is India’s most renowned and one of the oldest surviving male pageants. It was created by Indian entrepreneur and the president of Rubaru Group, Sandeep Kumar hailing from Haryana, in the mid-2000s. Rubaru Mr India is associated with the Mister Global Organization since the very beginning the this extravagant international annual male pageant.

The current winner of Mister Global contest is Tomas Martika from Czech Republic. He won the title last year in Thailand. This May 20, he will be passing over his title to the new Mister Global winner. The international pageant is a 2-3 week-long event in which the participants are judged on various parameters, like their confidence, behaviour, fitness and many more. All these factors  helps in determining the rightful owner of this prestigious international title. The winner of Mister Global contest travels the world during his reign to take part in various social and fashion events. Apart from this, he also wins cash prizes, a custom made trophy , modelling contracts and get the opportunities to make public appearances to promote Mister Global organization, the sponsors and various other charitable causes.

We at Misterology would like to congratulate Srikant Dwivedi for his victory and wish him all the very best for his future endeavours. May he bring more pride and more glory to his motherland, India! 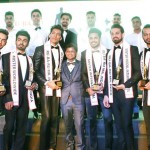 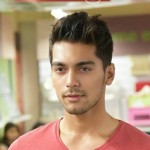