Srikant Dwivedi, the winner of Rubaru Mr India 2017 contest is all set to represent India at Mister Global 2017 competition slated to take place on 20 May 2017 at the Chiang Mai Hall in Thailand. The Mister Global contest is one of the biggest annual international competitions of men. It is based in Thailand and is owned by Thai entrepreneur, Pradit Pradinunt.

Srikant was announced the winner of Rubaru Mr India 2017 contest on 25 February 2017 at the Royal Castle in Gurugram, India. Thus, giving him the right to represent India at the Mister Global 2017 pageant. The Rubaru Mr India competition is India’s biggest and one of the oldest surviving annual modelling competitions for men. It is run by the Rubaru Group and has its roots way back in the year 2004 when it began as a regional modelling competition in the Northern part of India.

Thirty five (35) of the best looking men in India participated in the 2017 Rubaru Mr India pageant, where this 26 year old, charming gentleman hailing from the Indian state of Uttar Pradesh was awarded with the Rubaru Mr India Global 2017 title. He succeeded previous year’s winner, Prateek Baid, one of the top notch models of Indian fashion industry who brought laurels and pride to India after he became the first ever Indian model to win the Best Model of the Year award at the last year’s edition of Mister Global competition.

Standing at a towering height of 6 foot and 4 inches, Srikant Dwivedi holds the record of being the tallest Mr India winner till date. He currently works as a training manager at the Le Meridien Hotel in Gurugram and also pursuing his master’s degree in Business Administration. He is also a part time model. He describes himself as an avid traveller and likes to explore new places. Apart from this, he enjoys various outdoor sports like river rafting and bungee jumping. This extremely good-looking Indian hunk has a nerdy side as well. He likes to spend quite time alone in his room and read novels.

Soon, Srikant will be flying to Thailand as India’s representative to Mister Global 2017 competition. This 10 day long international event will be attended by models from all over the world. They will take part in a series of photo shoots and fashion shows. Apart from that, there will be preliminary competitions that will comprise various segments like formal wear round, national costume round, physique round and many more. After all these pre-pageant activities, the best performer during the entire event will be proclaimed as the winner of Mister Global 2017. He will receive this prestigious title from the previous year’s winner, Tomas Martika from Czech Republic. The winner of Mister Global 2017 will receive several gifts and prizes that will include modelling contracts, a custom made trophy, the Mister Global sash, cash prize and the opportunity to travel the world as Mister Global 2017 taking part in various social and fashion events.

Check out some more pictures here. 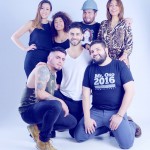 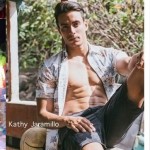