Mr Tibet 2018, Tsering Chomphel made the entire Tibetan community shine and proud by winning two special awards at the inaugural edition of Mister Model Worldwide competition concluded on December 22, 2018 at City Park Resort in New Delhi, India. Tsering Chomphel was awarded with the continental champion award of Mister Model Worldwide Asia and Oceania and Best in Talent award at the said international modelling competition for men.  He is the first ever Mr Tibet titleholder and the very first Tibetan model to represent Tibet at an international modelling competition for men.

Tsering is a model and fitness consultant and trainer by profession. He is also a part of Tibet’s soccer team. He stands 5 feet and 11 inches tall and holds a degree in business management. At the contest, he got noticed for his very good-looking face with perfectly chiselled bone structure and his very well-built physique. His intellect, confidence and very dynamic personality helped him shine in the crowd. This very good-looking gentleman of Tibetan origin turned out to be a perfect representation of a modern day gentleman. His very magnetic personality and extremely great looks won him the continental winner’s title of Mister Model Worldwide Asia and Oceania.

Apart from possessing great looks and captivating personality, he also embodies great talents. One of those, he showed during the talent competition of Mister Model Worldwide contest. He performed the traditional Tibetan dance called ‘Tashi Shoelpa’ that is also known as the ‘Good Luck Dance’. Tibetan people believe that this dance bestows the audience with health, well-being and good luck that is why it is referred to as the Good Luck Dance. Tsering’s magnificent performance left everyone spell bound during the competition and won him the Best in Talent special award. He was also in the top 5 of Physique segment and National costume segment of the competition. He was the only candidate in the competition to get placed in all the 3 major categories of the event.

This year’s Mister Model Worldwide contest commenced on December 16, 2018 with the arrival of models from different parts of the world at the national capital city of New Delhi. The candidates took part in a series of photo shoots and preliminary events during this week-long international fashion festival. They were judged on various parameters like confidence, runway skills, on-stage presentation etc. Prior to the finale of the event, various sub-competitions were also held that included National Costume Presentation, Physique and Fitness round and Formal Wear sub-competition. These three pre-finale events focused on the superficial qualities of the candidates. Apart from these 3 main segments, there were 2 other major sub-competitions in the contest that focused on individual personalities and talents of the candidates. There was a special segment of Talent round where the participating candidates showcased their talent followed by individual interviews of the candidates. All these events helped in the election of the award winners. 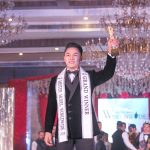 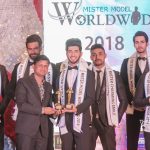