Mr Bolivia, Hugo Leigue Mendez won third runner up title at the recently concluded Mister Model Worldwide competition. The inaugural edition of the international fashion festival took place on December 22, 2018 at City Park Resort in New Delhi. Apart from securing the third runner up position at the contest, Hugo was also elected the continental winner from the Americas region and was declared Mister Model Worldwide Americas 2018. He also won the prestigious Best Commercial Model special award and placed in the top 5 of Best National Costume segment at the said international modelling competition for men. Hugo is the first and only Bolivian male model to achieve such accomplishments.

Hugo hails from Santa Cruz de la Sierra city in Bolivia. He is a proud alumnus of Universidad José María Vargas and Colegio Don Bosco. He is one of the most well-established models in Bolivia. During the pageant, Hugo got noticed for his tall and well-toned body and very versatile and dynamic personality. He impressed everyone with his very confident, humble and helping nature. His on-stage presentation and runway skills were exceptionally good and received massive appreciation. He knew all his angles and poses and faced the camera confidently without any hesitation. He used to rock the show every time he stepped on the ramp. Hugo’s all these qualities made him the perfect choice for the Best Commercial Model award. 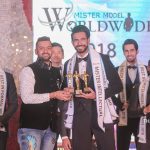 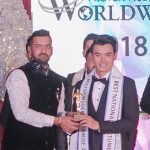