Mr Thailand, Yutthakon Buddeesee won first runner up title and Best National Costume special award at the inaugural edition of Mister Model Worldwide competition concluded on December 22, 2018 at City Park Resort in New Delhi, India. The event was organized by Rubaru Group, a pageant organization and NGO based in the Indian state of Haryana.

His national costume very beautifully showcased the culture and heritage of the Kingdom of Thailand. He looked exceptionally amazing while walking down the runway wearing that shimmering and scintillating costume during the national costume segment of the pageant. His costume and the way Yutthakon presented it on the stage impressed the judges so much that he was awarded with the Best National Costume award at the event.

This year’s Mister Model Worldwide contest commenced on December 16, 2018 with the arrival of models from different parts of the world at the national capital city of New Delhi. The candidates took part in a series of photo shoots and preliminary events during this week-long international fashion festival. They were judged on various parameters like confidence, runway skills, on-stage presentation etc. Prior to the finale of the event, various sub-competitions were also held that included National Costume Presentation, Physique and Fitness round and Formal Wear sub-competition. These three pre-coronation events focused on the superficial qualities of the candidates. Apart from these 3 main segments, there were 2 other major sub-competitions in the contest that focused on individual personalities and talents of the candidates. There was a special segment of Talent round where the participating candidates showcased their talent followed by individual interviews of the candidates. All these events helped in the election of the titleholders award winners. 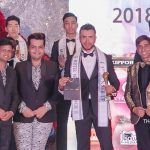 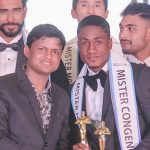