Rubaru Mister India 2016, Mudit Malhotra will represent India at the 11th edition of Mister International contest slated to take place on February 13, 2017 at The Stage at Asiatique, The Riverfront in Bangkok, Thailand.

This is for the very first time that India’s representative to the prestigious Mister International contest will be sent by the Rubaru Mister India Organization. The Rubaru Group is the parent organization of Rubaru Mister India contest. It was founded by Indian entrepreneur and painter, Sandeep Kumar. In early 2016, Sandeep Kumar acquired the rights to send India’s representatives to Mister International contest.

Mudit Malhotra is a New Delhi based model and businessman. He completed his schooling from St. Mark’s School and for his higher studies he went to Delhi College of Arts and Commerce and graduated with a bachelor’s degree in Arts. Later, he attended Amity University and completed his master’s degree in Public Relations and Management.

This highly educated hunk stands 6 foot 1 inch tall and is often regarded as one of the best-looking models of Indian origin. Mudit is no stranger to limelight. He has walked the ramp at various fashion shows and has worked with some of the most renowned brands in the fashion industry. 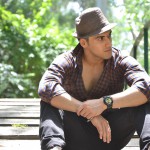 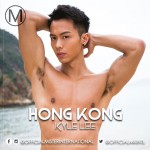