Male pageantry came into existence quite later than the female pageantry. However, in recent times male pageants have gained immense success and have been recognised as one of the most anticipated and widely watched recurring events in the world. In this article, we’ll be talking about someone who is addressed by several names, he is known as the person who changed the face of Indian pageantry, he is the one who has been named as the best national director of the year not just once but twice, we’d like to call him, the ‘King’ of male pageantry in India. He is none other than the founder and president of Rubaru Group, the parent organization of Rubaru Mister India pageant, Sandeep Kumar.

An entrepreneur, social activist and painter by profession, Sandeep hails from the Indian state of Haryana. His tryst with male pageantry began in mid-2000s when he established Rubaru Group. He started his journey by organizing a regional male pageant in Northern India that later went on to become India’s biggest and most renowned annual competition for men and is now known by the name, the Rubaru Mister India contest.

The year 2014 marked a turning point in Sandeep’s life as this was the year when Rubaru Group formed an association with an international organization. In 2014, the winner of Rubaru Mister India 2014 contest, Pratik Virk from Punjab represented India at one of the most prestigious annual international male pageants, the Mister Model International Pageant and was adjudged fourth runner up. This was also the year when Sandeep was awarded with the title of “Best National Director of Year” by the TIM Management Group, owned by Luis Trujillo, the founder of Mister Model International Pageant.

Sandeep is the first and only Indian till date to have been awarded with the title of “Best National Director” and that even twice. Since then, there was no looking back for him, from producing splendid editions of the Mister India contest to selecting the best representatives for international contests to making the entire nation proud, this man has left no stone unturned in bringing glory and laurels to India.

In 2016, he created history by bringing Mister Model International 2016 pageant to India. It was the very first time that such a big modelling competition for men took place in India. It was also the very first time that this prestigious international male pageant moved out of its homeland, the Americas and took place in Asia. Other than this, the organization also hosted Supermodel International in 2016 and all set to host it again in 2017. Supermodel International is the world’s most renowned modelling contest for women, organized by Pradit Pradinunt, the owner of Mister Global. Sandeep Kumar also owns Rubaru Miss India Elite pageant, an annual pageant for women in India. Its winners have also placed at various international pageants and have brought pride to the nation.

Other than organizing, fashion events and pageants, Rubaru Group also supports various causes in India. One of the main causes that the organization supports is “women empowerment” and also helps in improving the lives of the less fortunate. Such a great and noble purpose, it was an initiative started by Sandeep to serve his motherland.

No other Indian pageant organizer has achieved these kinds of milestones in his/her life apart from Sandeep Kumar. He is indeed the “King / Czar / Emperor” of male pageantry and one of the greatest personalities to join Indian pageantry. We, at Misterology would like to congratulate him for all his accomplishments and wish him all the very best for his future endeavours.  May he bring more pride and more glory to the world’s largest democracy, India! 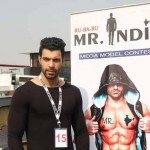 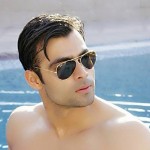