Search
Menu
Search
Darasing hails from Parbhani, a town in the Indian state of Maharashtra. He stands 6 foot tall and has black hair and brown eyes.

Darasing Khurana from Maharashtra was named the new Rubaru Mr India International 2017 on a glitzy evening of 27 August 2017 in Mumbai, India. He will now represent India at the upcoming Mister International competition to take place later this year.

Darasing hails from Parbhani, a town in the Indian state Maharashtra. He is a professional model, entrepreneur and a fashion consultant. He holds a Master’s Degree in Business Management from the prestigious Narsee Monjee Institute of Management Studies (NMIMS). He stands 6 foot tall and has black hair and brown eyes.

At the age of 21, this very good looking gentleman established a successful Cinematic Wedding Filming Company. His off camera roles also include serving as a fashion consultant to leading Bollywood actors and other Indian celebrities. He has walked the ramp for ace designers like Rohit Verma in India and abroad at various events like Indian International Style Week, Jaipur Style Week, India Luxury Style Week to name a few.

In the year 2016, the Rubaru Mr India Organization joined hands with the Mister International Organization. The Rubaru Group was given the rights to select the Indian representative for this renowned international male pageant. The Rubaru Mr India pageant is India’s biggest and oldest surviving annual male pageant. It has been held annually since its inception in the year 2004 and has produced various fabulous titleholder who have brought glory and pride to the country.

We, at Misterology would like to congratulate Mr. Darasing Khurana for winning the Rubaru Mr India International 2017 title and wish him all the very best for his future endeavours. 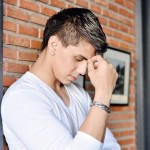 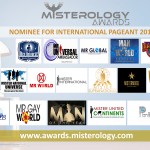