City Park Resort situated in Ghevra, New Delhi will host the closing ceremony and the grand finale of Mister Model Worldwide 2018 competition on December 22, 2018. Mister Model Worldwide is the very first international male model hunt competition based in India. It is a fashion and culture exchange international modelling competition for men. This is going to be the inaugural edition of the event. The event will be organized by the Rubaru Group, a talent promoting group and NGO having headquarters in the Indian state of Haryana.

City Park Resort is the biggest resort in North West Delhi. It is spread over an area of eight (8) acers and is regarded as one of the finest resorts in New Delhi. Surrounded by lush green gardens, plush lawns and fountains coupled with its lavish and extravagant architecture imparts an impression of a paradise. The resort has multiple banquets, ballrooms, halls, conference halls, party lawns and other spacious areas that serve as an ideal venue for various events of different themes ranging from fashion to destination weddings. These areas of the resort have a capacity to house over 3000 people. From Indian regional to international cuisines, the resort has everything the one could think of.

The resort has also hosted the Rubaru Miss India Elite 2018 beauty pageant and Face of Beauty International beauty pageant earlier this year. The event was attended by various well-known personalities from the pageant industry and international models from over 60 countries.

This December, models from different parts of the world will travel to India to take part in this international fashion extravaganza. The event will commence on December 16, 2018 with the arrival of the candidates in the national capital city of New Delhi. During their stay in India, the candidates will travel to various places as a part of their pageant tour and will take part in a series of photo shoots and other pre-pageant activities. The models will be judged on various parameters like confidence, fitness, personality, on-stage presentation and runway skills to name a few. They will take part is various preliminary events of the competition like the National Costume Show where each candidate will be seen walking down the runway wearing national costumes inspired by the culture and heritage of his nation; Formal wear round where the candidates will walk down the runway in formal attires and will be judged on their presentation and runway skills and physique round where these candidates will be judged on their fitness and confidence. These are three (3) of the many pre=pageant events that the candidates will attend and these pre-pageant events will help in the election the new winner.

The event will be organized by the Rubaru Group. The organization, Rubaru Group was founded by Indian entrepreneur and painter, Sandeep Kumar, who currently serves as the president and CEO of the organization in the north Indian state of Haryana in the year 2004. Ever since its inception in the year 2004, the pageant has organized various fashion carnivals and competitions in India at international, national as well as regional level. It is regarded as one of the most successful pageant organizations in India and the South Asia. The organization is the producer of India’s biggest and oldest surviving annual male pageant, the Rubaru Mister India contest and also produces Rubaru Miss India Elite pageant. Not only this, the organization has brought some of most well-established international pageants to India as well like Supermodel International (headquartered in Thailand), Face of Beauty International competition (headquartered in New Zealand) and Mister Model International Pageant (headquartered in the United States of America).

Keep following Misterology for instant updates on this first of its kind international male model hunt competition based in the world’s largest democracy, India. 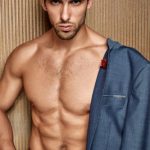 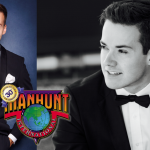