India’s most handsome man was recently elected in Mumbai. He is this year’s winner of the prestigious Rubaru Mr India pageant, Syed Zain. He hails from the Indian state of Karnataka and won the sixteenth edition of Rubaru Mr India pageant concluded on April 30, 2019 at Sea Princess hotel in the alpha world city, Mumbai. Apart from winning the prestigious title, he also won special award for Mr Photogenic at the said pageant. The event was organized by Rubaru Group.

Zain belongs to the city of Bengaluru in Karnataka. He holds a degree in engineering and technology from Rajiv Gandhi Institute of Technology and is a model by profession. This very good looking 24 year-old doe eyed Indian gentleman stands 6 feet tall and has black hair and black eyes. At the Rubaru Mr India pageant, he got noticed for his very dynamic and strong personality, captivating looks, and remarkable stage presence. His on-stage presentation and confidence were two of his greatest strengths during the pageant. Apart from all this, it was his very charming smile and dreamy eyes that made him shine in the crowd. He also won first runner up title at Rubaru Mr South India International 2019, prior to winning the Rubaru Mr India 2019 pageant. His hobbies are console gaming, functional training and going on long drives.

The Mr, India pageant is an annual event in India. It is owned by Rubaru Group, led by its founder and president, Sandeep Kumar. The event began as a regional modelling competition in Northern part of India in the year 2004 and gradually became India’s foremost male pageant. The Rubaru Mr India pageant is regarded as the biggest and oldest running annual pageant for men in India. Since its inception in the year 2004, the pageant has sent India’s representatives to more than 15 different international modelling competitions and pageants for men. It also holds the record of being associated with the maximum number of international pageant organizations in India.

Rubaru Mr India pageant has produced maximum number of international awards winners than any other male pageant or male modelling competition in India. It is also cited at the “goldmine of handsome faces” in India for producing exceptionally good looking and handsome titleholders. Over the years, the Rubaru Mr India pageant has produced several notable titleholders who have brought laurels and pride to the world’s largest democracy, India. 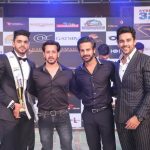 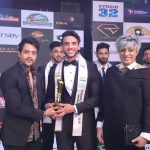