Sanju Ray stands 1.83 m tall and is of 24 years of age. He is a well-known face in the Indian pageant industry and has been a model for three (3) years now. Apart from being a model, he is an entrepreneur and martial artist.

Sanju, a Koch Rajbanshi, hails from Bongaigon, a city in the Indian state of Assam. He did his schooling Kendra Vidyalya BPRL School and Sister Margret Noble School. For his higher studies he got enrolled in Bongaigon College and graduated with the degree in Accountancy. He works as a professional model in India and as walked the ramp at several fashion shows. He likes to spend time with kids and also teaches school kids whenever he gets time. Apart from this, this 6 foot tall charming gentleman is trained in martial arts and has won many medals and awards in the field. He was trained under Mr Prasantt Gosh and has won several fashion and modelling competition prior to winning the Rubaru Mr India pageant.

Now, he is all set to make his country proud at Mister Tourism World 2016 pageant. The pageant’s motto is “Charmingly Cultured” and looking for someone who can be a perfect advocate for friendship, unity, biodiversity fashion-tourism and humanity. During the international events, the candidates from all over the globe will be participating in a series of pre-pageant activities and sub-competition that will determine who shall be chosen as Mister Tourism World 2016. 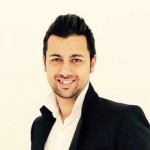 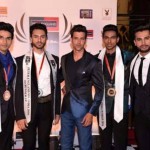