The winner of Rubaru Mister India 2016 contest, Sanju Ray left for the Philippines to represent India at the inaugural edition of Mister Tourism World pageant on 2 December 2016. The finale of the pageant is scheduled to take place on 10 December 2016 at Vigan Convention Center, Philippines. Sanu Ray hails from the Indian state of Assam and is a model by profession. He is also a trained martial artist and sportsperson.

Rubaru Mister India contest is India’s biggest beauty pageant for men. It is organized by Rubaru Group under the leadership of Sandeep Kumar of Haryana. Sanju Ray won the Rubaru Mister India 2016 pageant held on 24 April 2016 at the Anya hotel in Gurugram (previously Gurgaon). Thus, giving him the right to represent India at Mister Tourism World 2016 international contest. The international event will comprise a series of pre-pageant and challenge sub-competitions that will help in determining who shall be named as the very first Mister Tourism World. 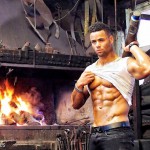 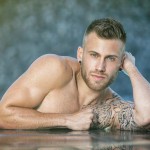