Twenty one year-old model, Rohit Jakhar hailing from the North Indian state of Haryana was announced the winner of Rubaru Mister India 2017 competition held on 25 February 2017 at the Royal Castle in Grurgram, Haryana. Thirty five (35) of the best looking and talented men from all over the Indian nation competed in this extravagant annual event where Rohit Jakhar walked away with the prestigious title of Rubaru Mister India Universal Ambassador 2017.

Rohit stands 6 foot and 1 inch tall and has dark brown hair and brown eyes. He completed his schooling from H. D. Senior Secondary School and graduated with a bachelor’s degree in chemistry from the Ramjas College, affiliated to the University of Delhi. He is a fitness enthusiast and likes to workout in gym whenever he is free. He also likes to explore new things and meet new people.

Rohit was always considered as the one to beat even before the Rubaru Mister India contest began. He was a major front runner and one of the crowd-favourite contenders for the title. He stole several hearts by his extremely charming face and mesmerising eyes. Talking about his victory, Rohit took to social media and quoted, “I am so proud and happy to win the biggest contest in India, Rubaru Mr India. It is indeed a big thing for me. I would like to thank each and every person who supported me in this beautiful journey. I feel truly blessed and honoured to have gotten the opportunity to represent India at the widely celebrated and highly participated international contest, Mister Universal Ambassador this year. I am looking forward to meet all my new friends in Dallas, Texas and have great time. Please continue to shower your best wishes and blessings on me. I will try my best to do you all proud”.

We, at Misterology would like to congratulate Rohit Jakhar for his victory and would like to wish him all the very best for his future endeavours. May he bring more joy and more pride to his motherland, India! 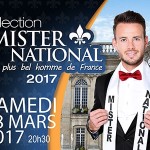 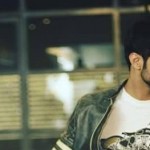