Rohit was the winner of Rubaru Mr India 2017 competition. One of the main responsibilities that he received with this this title was to represent India at the Mister Universal Ambassador 2017 competition. At 21, Rohit is the youngest Mr India winner ever. During the Rubaru Mr India 2017 pageant, he came under the spotlight for his extremely good looking and perfectly chiselled face and his very tall Greek God like physique. He was one of the crowd favourite candidates to win the Mr India title.

he was also proclaimed as fourth runner up at the grand coronation gala of the pageant happened on 6 October 2017.

The Mister Universal Ambassador competition Is one of the most renowned and prestigious international pageants for men. It is run by the Indonesian Male Pageants (IMP) Organization under the leadership of Indonesian entrepreneur, Edin Muhammad. The Mister Universal Ambassador pageant has been associated with the Rubaru Mr India Organization since its beginning in the year 2015, when for the first time this international pageant was held in Indonesia. The Rubaru Mr India is India’s foremost and oldest surviving annual male pageant. The pageant has been happening annually since its inception in the year 2004. Over the years, the Rubaru Mr India contest has produced various Mr India winners who have brought glory and pride to the world’s largest democracy, India. Rohit Jakhar is the latest name who has been included to this golden list.

We, at Misterology would like to congratulate Rohit Jakhar for unique achievement and would like to wish him all the very best for his future endeavours. May he bring more glory and more pride to his nation, India!

Check out more picture from the pageant here. 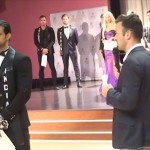 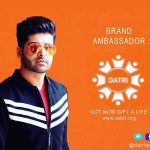