Rubaru Mister India contest is India’s most prestigious and highly respected male pageant. The pageant was founded by Sandeep Kumar, the president of Rubaru Group, in the mid-2000s. This annual Indian event began as a regional modelling competition in the Northern part of India and gradually became the biggest male pageant of India.

This year 35 models from all over the country participated in this extravagant event. At the conclusion of the pageant on the grand finale, this 24 year-old, very handsome gentleman hailing from the national capital city of New Delhi was adjudged as Rubaru Mister India Tourism World 2017. He succeeded last year’s winner, Sanju Ray, Rubaru Mister India Tourism World 2016 from Assam.

Kunal stands 5 foot and 11 inches and has black hair and black eyes. He holds a Bachelor’s degree in Business Administration from the prestigious Indraprastha University and is currently working with the Interglobe Technologies in New Delhi. Kunal grabbed attention for his very innocent and charming looks and fabulous speaking skills. This guy seems to have the gift of gab and knows how to hold a conversation. Surely, this quality adds more charm to his very magnetic personality.

Soon, this very good-looking guy will be seen representing India at Mister Tourism World 2017 international competition scheduled to happen later this year. The motto of this well-established international male pageant is “Charmingly Cultured”. The pageant emphasises of promoting unity and friendship; fashion, tourism, biodiversity and humanitarian causes across the globe. The reigning Mister Tourism World is Okkar Min Maung of Myanmar. He won the title last year in the Philippines. At the conclusion of this year’s contest, he will pass over his title to his successor.

We, at Misterology would like to congratulate Kunal Arora for his victory and would like to wish him all the very best for his future endeavours. May he bring more joy and more pride to his motherland, India! 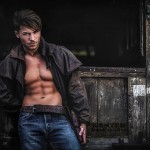 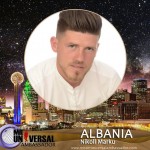